A presidency is an administration or the executive, the collective administrative and governmental entity that exists around an office of president of a state or nation. Although often the executive branch of government, and often personified by a single elected person who holds the office of “president,” in practice, the presidency includes a much larger collective of people, such as chiefs of staff, advisers and other bureaucrats. Although often led by a single person, presidencies can also be of a collective nature, such as the presidency of the European Union is held on a rotating basis by the various national governments of the member states. Alternatively, the term presidency can also be applied to the governing authority of some churches, and may even refer to the holder of a non-governmental office of president in a corporation, business, charity, university, etc. or the institutional arrangement around them. For example, “the presidency of the Red Cross refused to support his idea.” Rules and support to discourage vicarious liability leading to unnecessary pressure and the early termination of term have not been clarified. These may not be as yet supported by state let initiatives. Contributory liability and fraud may be the two most common ways to become removed from term of office and/or to prevent re-election

In the United States the Presidency is headed by the president, who has many roles, such as: 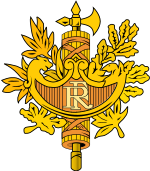 The French presidency is based on a semi-presidential system where both a president and a prime minister are active participants in the day-to-day administration of the state. France’s president appoints a prime minister, who then forms a government. France’s presidency includes the three traditional branches: the Executive, Judicial and Legislative, but it also includes a fourth branch called the Constitutional Council, which determines the constitutionality of new laws.